The American College of Vedic Astrology has appointed Charlotte Benson as their new president, following the passing of William Levacy, Ph.D., in February, 2018.

Ms. Benson is dedicated to carrying on the distinguished lineage, begun in 1993, of the previous presidents of ACVA.

ACVA Board of Directors

Bios of People at ACVA (in alphabetical order)

Charlotte Benson (Jyoti Devi)
Charlotte has practiced Astrology, full-time, as a credentialed (PMAFA, NCGR, ISAR, AFAN, ACVA) professional for well over 40 years, in Phoenix, AZ.
Charlotte has received the “Jyotisha Choodamani” from the Raman Foundation in Bangalore; the “Jyotish Kovid” award from the I.C.A.S.; and the “Jyotish Navaratna” award from ACVA. She proudly serves as president of the American College of Vedic Astrology. 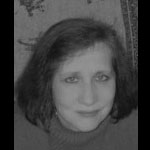 Ronnie Dreyer
Ronnie Gale Dreyer is an internationally known astrological consultant, lecturer, and teacher specializing in both Western and Indian (Vedic) astrology (also known as Jyotish and Hindu astrology), based in New York City. A practitioner of both of these systems, as well as a longtime student of numerous metaphysical systems, she is a pioneer in bringing Vedic astrology to the attention of, and making it accessible to, Western audiences. Ronnie has clients and students throughout the world, ranging from the ordinary to the extraordinary, with teachers, politicians, salesmen, doctors, bookkeepers, sports figures, professors, and movie stars among their professions. Ronnie holds a Bachelor of Arts in English/Theater Arts from the University of New Mexico, and studied Jyotish (Vedic Astrology) and Palmistry, both privately and at Sanskrit University in Benares, India. Ronnie has received her MA from Columbia University in South Asian Languages and Cultures. Ronnie co-founded the first astrological computer service in the Netherlands where she lived for 13 years and was the official Dutch representative for Astro*Carto*Graphy. Ronnie also has served as manuscript reader, editorial consultant, and proofreader of new age and self-help books for several major publishing companies. Ronnie was the corresponding secretary of the Association for Astrological Networking (AFAN) from 1992-1998, and its presiding officer from 1999-2003. She is currently the editor of NCGR’s memberletter, and served on the AFAN Newsletter committee. Ronnie is on the Board of Directors of ACT (Astrological Conference on Techniques). In 1994, she received the Jyotish Kovid award from the Indian Council of Astrological Sciences for “promoting the cause of astrology through writings and lectures” and AFAN presented her with its Jim Lewis Community Service Award at UAC in 1998. Ronnie is the proud recipient of the 2002 Marion D. March Regulus Award for Community Service, which she received at UAC 2002 in Orlando Florida. She holds the NCGR Level IV certificate (C.A. PAA-NCGR). ronnie@ronniedreyer.com 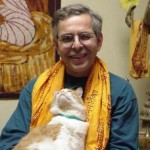 Gary Gomes
Gary Gomes, the co-owner of CRYSTAL EXPECTATIONS, was among the first wave of Westerners to take up Hindu astrology and is a founding member and Board member of the American College of Vedic Astrology located in Sedona, Arizona. He has also lectured on Hindu Astrology throughout the continental United States, in Hawaii and in England. He has also written extensively on this system of astrology, and has been published in the United States, England, France, South Africa, Australia, and India. His honors include being recognized and certified by the Bharata Vidya Bhavan, an Indian institution devoted to traditional Hindu knowledge, as an expert in Hindu Astrology. Gary holds degrees in Sociology and Business Administration from the University of Massachusetts. He is an ordained Swami of the Temple of Kriya Yoga and is a duly initiated practicing Hindu of the Shaivite tradition. He has studied Hindu Astrology with several prominent Indian and American astrologers, is certified to instruct Jyotish (Hindu Astrology) by the American College of Vedic Astrology, has organized an Institute for instruction in Jyotish in the New England area, and has done charts for thousands of individuals from different parts of the United States and the world. He is also an Assistant Professor of Jyotisha (Hindu Astrology) at the Hindu University of America and is a Reiki Master. NEIVAS@comcast.net 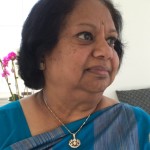 Shoba Mohan
Upon retirement as a banker, Shoba Mohan, MBA, joined the ACVA family. She believes that Vedic Astrology links Cosmic energies with humans. Her inspiration was her mother, who was an extremely well-read palmist and numerologist, one who had a chance to study many famous palms in her time.

As Shoba completed all ACVA certifications, including Jyotish Online Instruction and Vedic Astrology Coaching, she realized that there were various characterizations of Astrology – mundane event predictions, considerations for spiritual and personal growth, remedies to mitigate predictions, and many more. The readings/ life-coaching sessions that Shoba now practices while continuing to study, reflect her knowledge, life experiences and observations; all in relation to today’s environment and norms. Shoba enjoys volunteer-teaching, coaching, and contributing as a Member of ACVA’s Board. She has spoken at various seminars, including the International United Astrology Conference at Chicago, 2018, where she spoke on Nakshatras, noteworthy to Western and other astrologers.

Shoba received ACVA’s Jyotish Seva Award in 2015 and Jyotish Navaratna Award in 2019. Most of her work in Astrology has been via in-person lectures and instructional videos. Shoba is a mother of 2 girls and a grandmother of 4, she spends her spare time traveling around the globe with her husband Krishna. They live in Redmond, WA. She would love to hear from you at shoba.astrology@gmail.com. 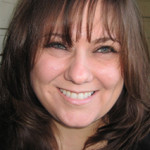 Angela Pennington
Angela has owned and operated successful businesses in the fields of import/export, computers, and metaphysics. She has an extensive background in earth based philosophy and incorporates this understanding into her Astrology Practice. She has received ACVA Jyotish Certifications in Level I, II, VAC and JOI. Angela serves on the Board of Directors, Steering Committee and is an Online Instructor for ACVA. Angela lives in the Seattle area and works full time in astrology, specializing in self development. angelapennington.com 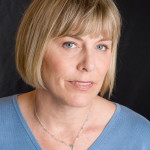 Juliana Swanson
Juliana Swanson is a registered nurse (RN), healer, astrologer, mother, and wife. She runs her astrological consulting and holistic healing practice from her home office in New Mexico. Juliana qualifies as an ACVA and CVA Level II certified Vedic Astrologer, receiving two titles of excellence: the Jyotish Visharada, CVA and the Jyotish Kovid, CVA. Additionally, in 2012 she was awarded the Jyotish Kovid from the ICAS, Bangalore, India. Juliana may be reached by email at Juliana@AstralHarmony.com or through her website www.AstralHarmony.com.

Komilla Sutton
Komilla Sutton is the co-founder and chair of the British Association for Vedic Astrology. She is on the faculty of the American College of Vedic Astrology. Komila is a council member of the Astrological Association of Great Britain. As an internationally renowned consultant, Komilla is also a teacher and lecturer. Indian born, Komilla Sutton is one of the pioneers in creating opportunities for Vedic Astrology to be more accessible for western readers. Komilla is the author of several books: Personal Panchanga; The Essentials of Vedic Astrology; Lunar Nodes Crisis and Redemption; Personal Panchanga and the Five Sources of Light; Vedic Love Signs; Indian Astrology. Komilla lectures worldwide. http://www.komilla.com/

Karina Weil
Karina Weil, Ph.D. is a jyotishi, Leadership Coach, author, and Ayurvedic Counselor. Drawing from her international 20+ years of experience in Marketing and Human Resources consulting, her goal is to help her clients develop self-leadership so they can lead themselves first and masterfully and live according to their highest truths.  Karina holds ACVA Levels I, II, and ACVA JOI™certifications and serves at the ACVA  Board of Directors.  Karina can be reached through karinaweil108@gmail.com.

This website uses Google Analytics to collect anonymous information such as the number of visitors to the site, and the most popular pages.

You can find out more about which cookies we are using or switch them off in settings.

This website uses cookies so that we can provide you with the best user experience possible. Cookie information is stored in your browser and performs functions such as recognising you when you return to our website and helping our team to understand which sections of the website you find most interesting and useful.

You can adjust all of your cookie settings by navigating the tabs on the left hand side.

Preferences Cookie should be enabled at all times so that we can save your preferences for cookie settings.

If you disable this cookie, we will not be able to save your preferences. This means that every time you visit this website you will need to enable or disable cookies again.

This website uses Google Analytics to collect anonymous information such as the number of visitors to the site, and the most popular pages.

Please enable Preferances Cookies first so that we can save your preferences!